Renewable energy can be part of real solutions to climate change, but there are quite a few caveats. In the spirit of greenwashing, many things may be labeled renewable energy that are actually false solutions. Several of the energy sources discussed in this report are sometimes considered renewable energy but can exacerbate climate change and cause a great deal of harm to the environment and communities including: Biomass, biofuels, incineration, landfill gas-to-energy, hydrogen, “renewable natural gas” or factory farm methane digesters, nuclear and corporate hydropower. Solar and wind can be genuinely renewable sources of energy. However, Earth’s limits, distance, economics and social justice all play roles in determining whether these energy sources are truly renewable or sustainable. 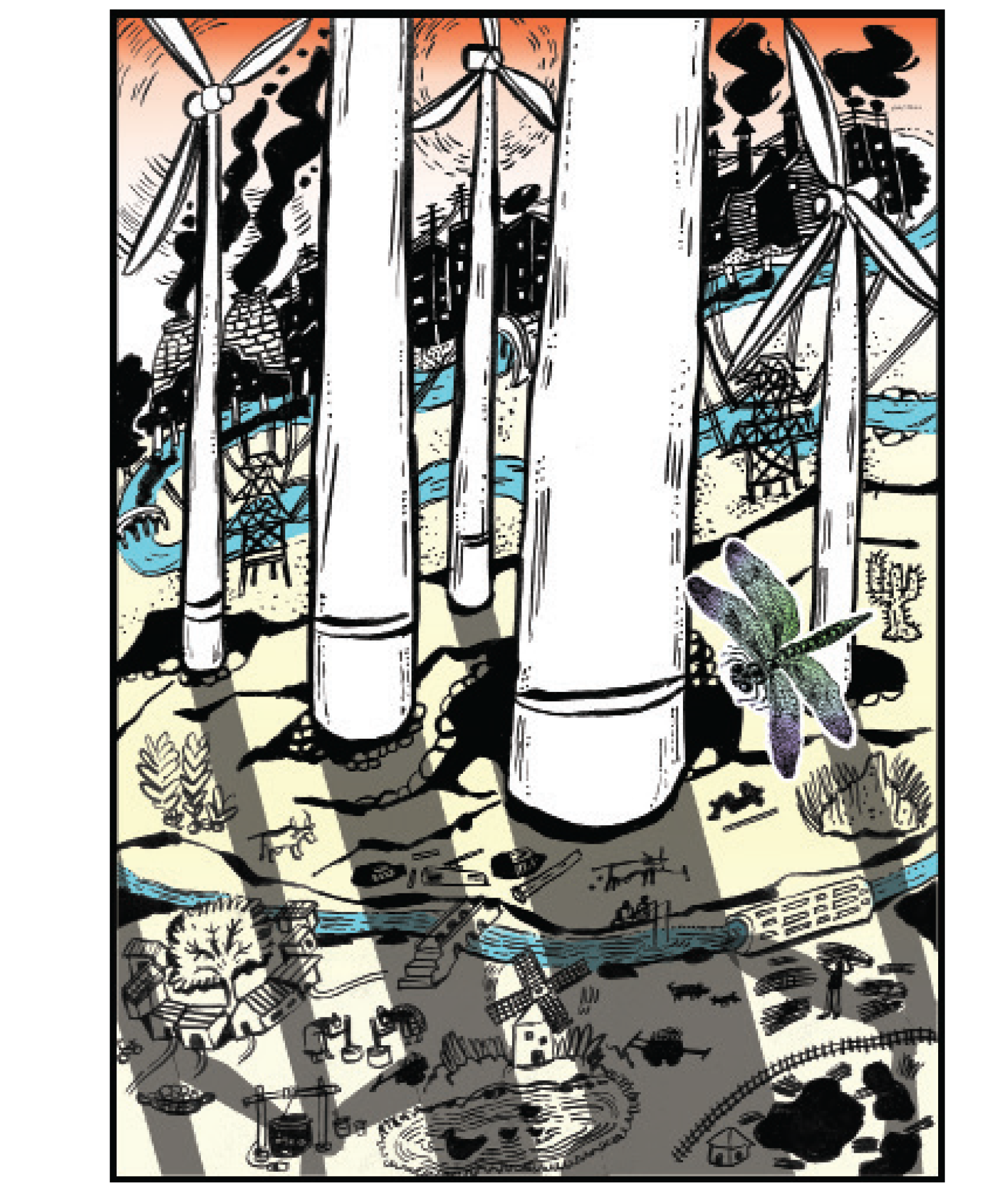 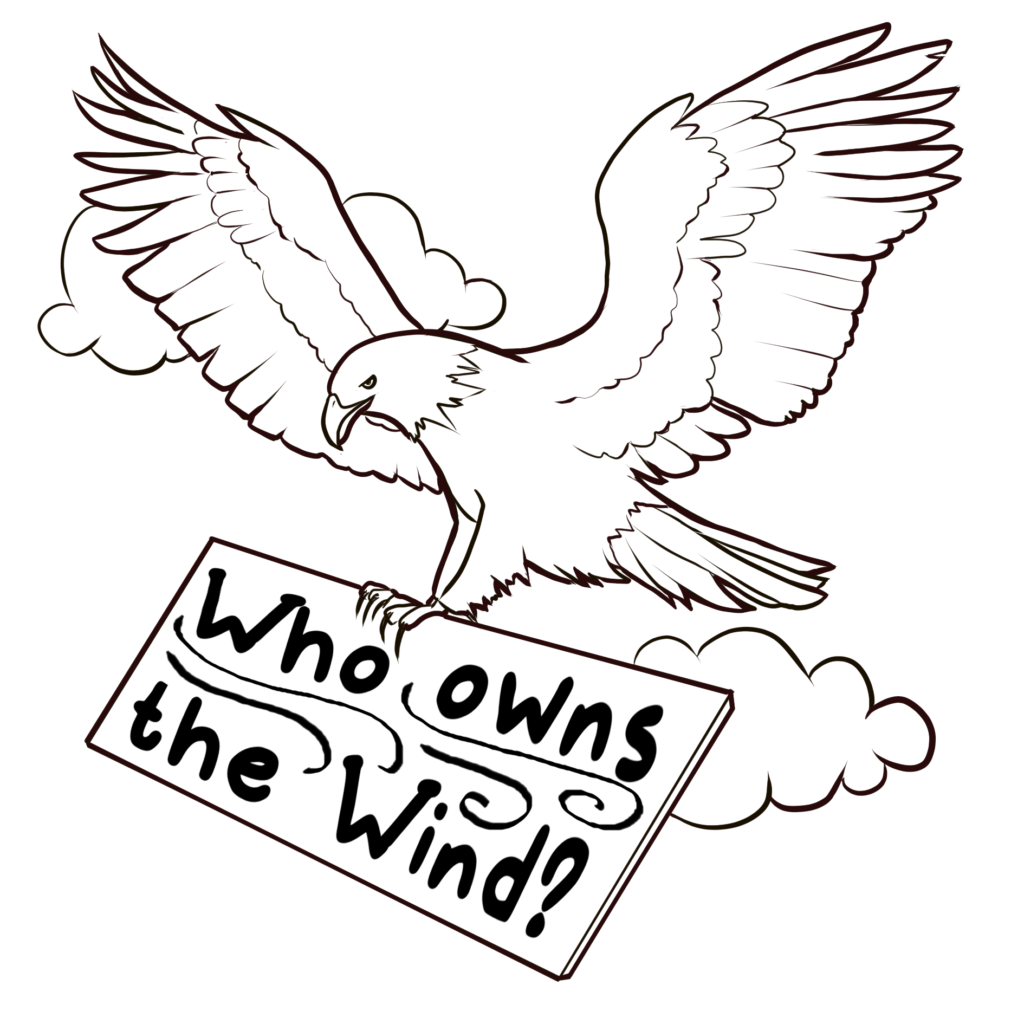 Wind and solar power can allow future generations some of the conveniences we have come to take for granted...

...but for this to happen within a framework of justice, sustainability and environmental protection, the overdeveloped world must go on an energy diet. 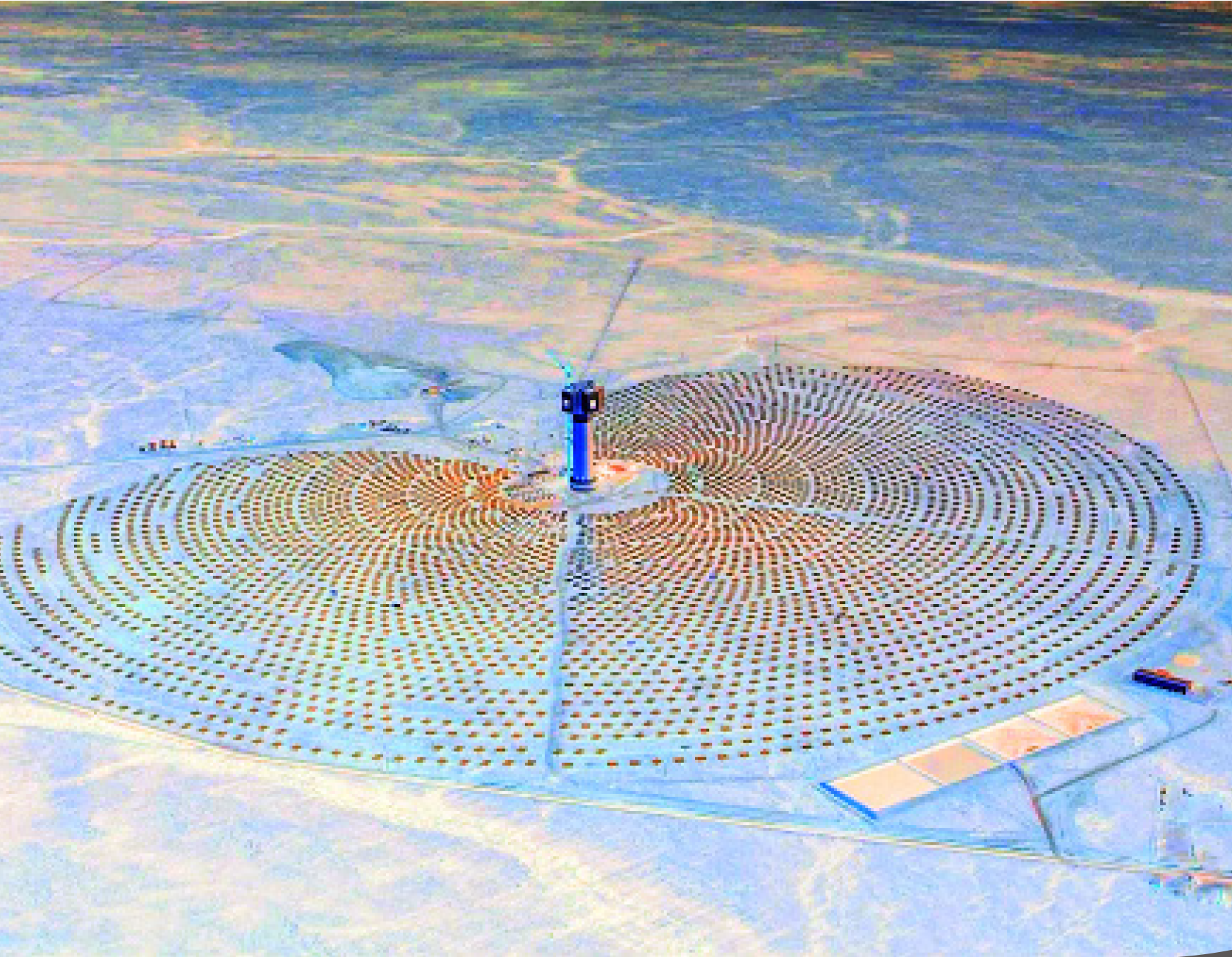 The Earth’s ecological limits must be faced. Windmills impact the pathways of birds and require large amounts of steel and cement, and most use neodymium, a rare earth metal mined in highly polluting conditions. Solar panels and batteries use rare earth metals, including lithium and cobalt, which may be mined in horribly exploitive conditions.[1], [2] When Elon Musk, CEO of Tesla Motors, was challenged over whether the need for batteries for his electric cars might have had something to do with the 2019 coup in Bolivia (site of one of the largest lithium mines), he tweeted, “We will coup whoever we want. Deal with it.”[3]

Proposals around the world abound to spike the economy and solve the environmental problems of fuel-powered cars by converting to all-electric vehicle fleets. Certainly, this would create many jobs, and the batteries would help store power produced by renewable sources, but building new cars and trucks requires a lot of materials, which raises the questions of where do the materials come from and at what social and ecological costs?

In addition to the concerns about sourcing materials for solar panels, wind turbines and batteries, building renewable energy requires a lot of energy input. Therefore, extra power is required for a major buildout of renewable energy and will largely come from burning fossil fuels. Avoiding the use of  more fossil fuels requires high-consumer countries to reduce current energy demands and use less energy. Prioritizing the end of future fossil fuel use is of critical importance in a warming world (see Bioenergy).

Providing power on demand continues to be one of renewable energy’s greatest challenges. Wind and solar are intermittent, so if we stick with the current standard – that every desired watt of power must be instantly delivered at all costs – increased energy storage would be necessary. Furthermore, the infrastructure needed to set up large-scale renewable energy is problematic. There are plans to generate large amounts of electricity in deserts in northern Africa and the U.S. Southwest, and then run the power over long distances across the Mediterranean to Europe or to eastern U.S. cities. Such projects would incur efficiency loss along the conduit, environmental injustices in one place, and a benefit far away.

Ideally, new solar and wind development should be planned and run by and for communities. Often these programs are built to a large-scale to justify the corporate model impacting local land, communities and ecology. Resistance against proposed large-scale wind or solar farms is based on corporate developers coming in from the outside and imposing changes that benefit utility companies and shareholders, not the affected community. Similarly, the current model in which large utilities have huge, centralized generation sites from which they send power to people over a wide area is disempowering, as ratepayers are dependent on corporate utilities.

Further, from U.S. Renewable Energy Credits (RECs) to carbon offsets in the United Nations (UN) backed Paris Agreement Article 6, and Shell Oil’s electricity tariff offsets in the U.K., the Netherlands and Australia, all over the world renewable energy can be sold as offsets that allow polluting corporations to claim net-zero or carbon neutrality (see Carbon Pricing). Large-scale wind farms have displaced communities in Maharashtra, India and have sold offset credits to polluters in the global North through the UN-backed Clean Development Mechanism (CDM) for years.[4]

Finally, of critical importance, a significant part of the human population currently has no access to electricity, clean water and sufficient food. Simple social justice demands we prioritize extending renewable energy to the people who need basic energy resources the most.

Along with accepting limits, we need to look critically at each proposed development and ask important questions: Has it been endorsed by the local people it will most affect? Does it supply local needs? What would it entail elsewhere in supplying components? How long will it last? How can its parts be recycled or safely disposed of? Keys to a sustainable future are relocalizing and decolonizing. A region that can supply most of its own food and other necessities is more secure than one that depends on long supply chains. Wind and solar power can allow future generations some of the conveniences we have come to take for granted, but for this to happen within a framework of justice, sustainability and environmental protection, the overdeveloped world must go on an energy diet.