Forest carbon offsets have long been a favorite false solution perpetuating fossil fuel use, and increasingly, agriculture and soils are entering offset schemes. Agriculture and forestry offsets are the basis for so-called nature-based solutions (NBS) (see Carbon Pricing). With the current political push to increase voluntary carbon markets for corporations and governments to achieve so-called “net-zero emissions,” land-based offsets from forests and agriculture are center stage. Without a doubt, emissions from industrial agriculture and forestry are massive, estimated around one quarter of global greenhouse gas emissions.[1] There is potential to reduce emissions as well as to protect livelihoods and biodiversity by changing how we grow food and exist with forests. Changing our relationships with land has gained a lot of attention recently, but unfortunately, there are many false solutions that may sound nice, yet on closer examination only serve to entrench unsustainable and unjust practices. There is great appeal to the notion that changing how we treat the land, forests and soils will provide solutions, but the basic premise of the argument that soils and trees can permanently and endlessly store carbon from extracted fossil fuels is flawed. Carbon is fundamental to living organisms and to the mineral composition of our planet. Carbon cycles between the oceans, soils and the atmosphere in a long-established balance to which life is adapted. But carbon in fossil fuels is held in below-ground deposits separate from the biosphere – until it is extracted and burned. When released into the biosphere, the carbon cycle balance is upset. The combusted fossil fuels cannot be endlessly absorbed. Yet, this flawed notion is the foundation upon which soil, forest, agriculture and conservation offsets and many other land sector false solutions are based.

Forests on the chopping block The timber and forest products industries have worked to spread false mythologies aimed to convey ideas about forests and climate that support their goal to expand profitable logging and the replacement of natural forests with industrial tree plantations. First and foremost, the industries strive to confuse and confound the distinction between natural forests and tree plantations – industrial monocultures grown in rows using various chemicals for short rotation (5-20 years) harvest and to maximize wood harvests. But plantations fail to provide habitat for biodiversity, displace natural forests, and harm Indigenous Peoples and communities who depend on healthy, diverse forests for their survival.

To bolster support for logging and industrial tree plantations, the industry claims that younger trees are better at sequestering carbon than older trees, lending support to the abominable practice of logging old growth forests (the most valuable for timber) and replacing them with short rotation plantations. Yet old growth forests store more carbon in the active carbon cycle in the wood and soils than tree plantations. Corporations claim that forests “need” thinning to maintain health – yet logging practices damage soils, injure trees and introduce pests and pathogens. Capitalizing on fears, they claim that wildfires can be controlled or eliminated by thinning and logging. Yet logging disturbances in fact create favorable conditions for wildfires. The industry claims that the use of wood in construction or for other durable wood products should be subsidized as “carbon sequestration” just as burning wood is subsidized as “renewable energy” (see Bioenergy). Now some even promote using wood to produce “renewable natural gas.”

Researchers are developing genetically engineered (GE) trees which they claim will sequester more carbon, provide more biomass, be easier to refine into liquid fuels or be suited to withstand the conditions of climate change and industrial plantations. The impacts of altering tree genetics for commercial and industrial uses simply cannot be anticipated, and GE traits could contaminate natural forests and damage ecosystems and biodiversity. GE trees are being experimented with in several places in the world, including the U.S. and Brazil. Corporations argue that they can grow the plantation trees faster and sequester more carbon, but as pointed out above, there are many problems with plantations. Much is unknown about the risks of using GE technology in one of the most crucial ecosystems supporting the survival of the planet today.

Creating vast new demands for wood under the guise of providing solutions to climate change is the goal of industries that profit from logging. Increasing demand for wood products is precisely antithetical to the goal of reducing deforestation and forest degradation, and thus, mitigating climate change. Further, the industry claims it can use “certification standards” to ensure that wood is sustainably harvested, but these standards are entirely insufficient. When the scale of demand itself is unsustainable, certification standards cannot deliver sustainability. Forests are rapidly dwindling under excessive logging, demand for land (especially for livestock), the impacts of climate change, and introduced pests and pathogens. Protecting and restoring natural forests require that we address the root causes of deforestation, not introduce vast new demands for wood.

Even today, Indigenous Peoples, small-scale farmers and other agroecology-based farmers, mostly women, provide food to more than 70% of the world’s people, and do so using less than 25% of the agricultural land.[2] In this way, agroecology represents a form of resistance to industrial, corporate agriculture. However, since the 1980s, the capitalist industrial agriculture system is increasingly managed by just a few multinational corporations who control the seeds and chemicals, promote debt-inducing contract farming and lobby governments to provide incentives for unsustainable industrial farming practices that increase their profit, exacerbating global inequalities. 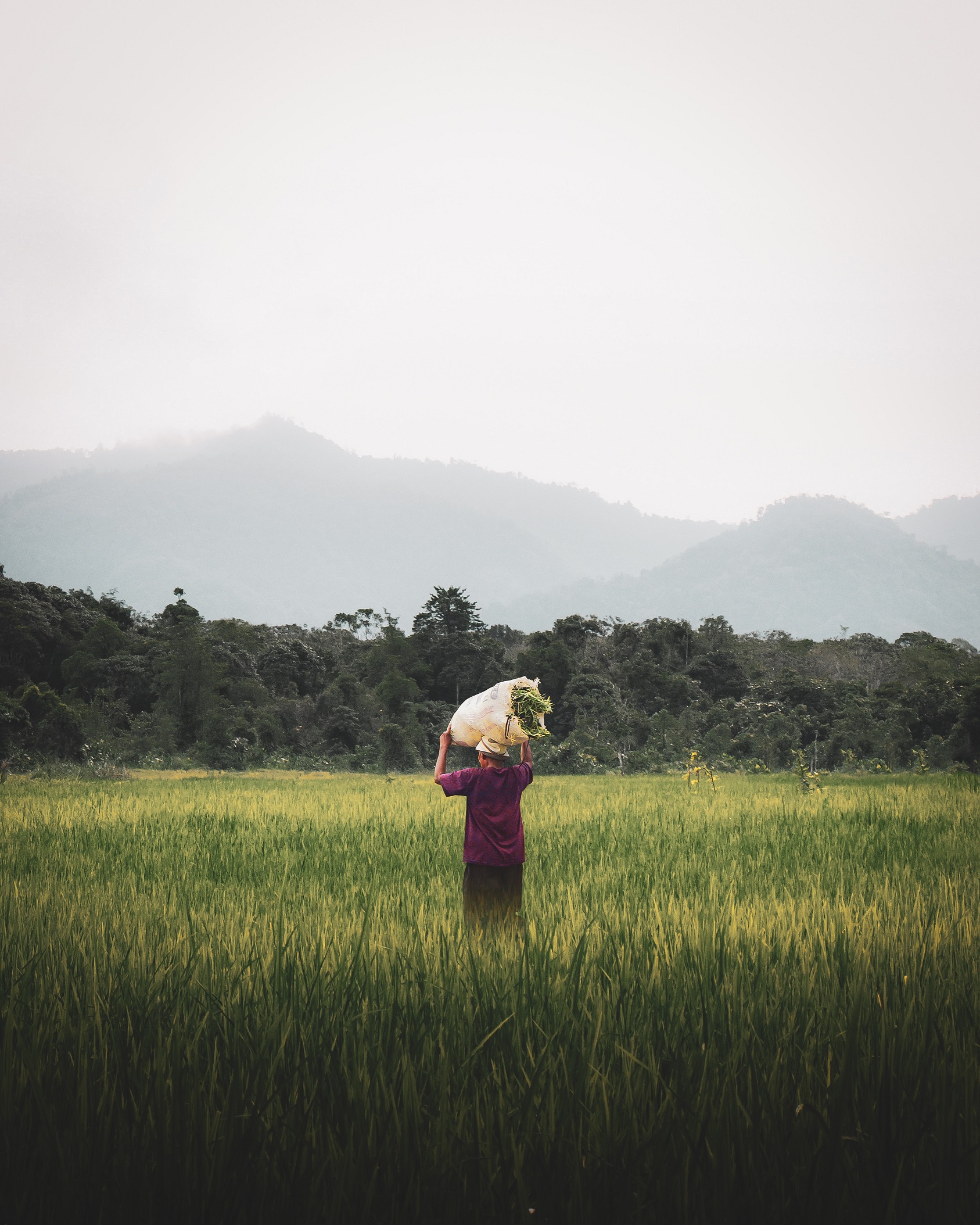 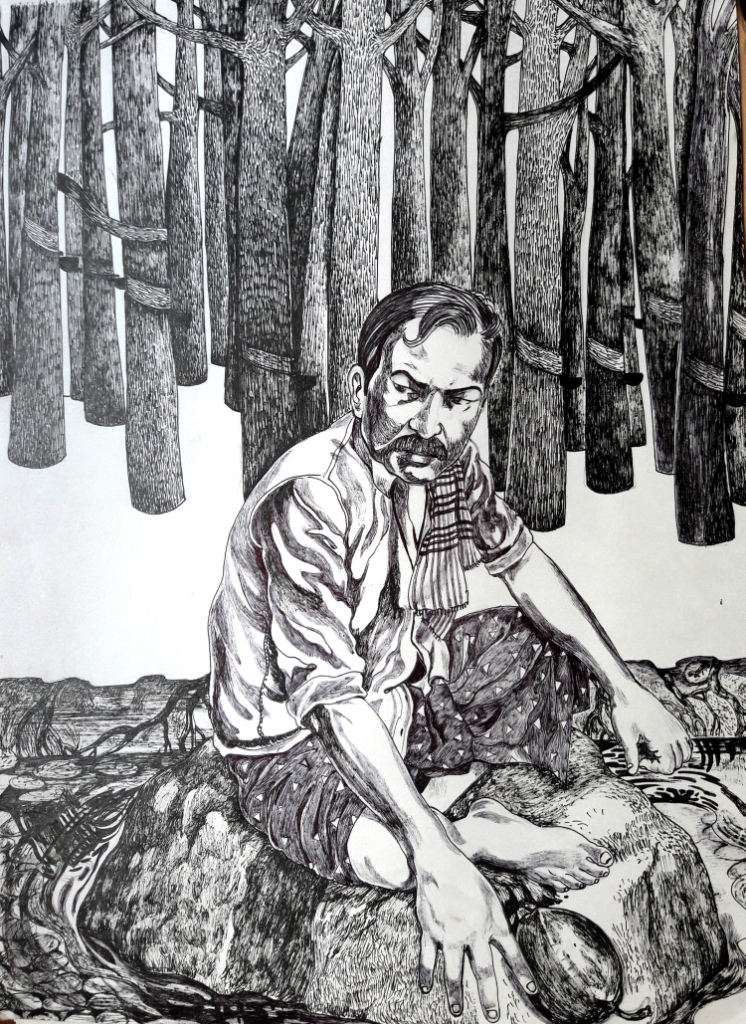 Fewer farmers are working today than ever before because farming has become more focused on tech and automation than on people and the planet. The increase in climate policies for agriculture at the national and international levels are situated within and compatible with this exploitative industrial farming framework. Agroecology uses less energy and fewer external inputs as a whole, while it is estimated that between 44% to 57% of all greenhouse gas emissions come from the industrial food chain including: deforestation and high-energy intensive industrial-scale production, processing, packaging, retail, transportation, refrigeration and waste.[3]

False solutions include proposals that seek to turn soils into carbon sinks to “draw down” and compensate for corporations’ excessive greenhouse gas emissions. Encouraging investment in agriculture to supposedly sequester more carbon, especially from private sources, will require a greater expanse of land, and as a result lead to an increased risk of land grabbing from small-scale farmers and forest-dwelling communities.[4] False solutions attempt to control seed diversity by giving rights and patents to transnational corporations and others whose irresponsible and deadly practices have reduced biodiversity, increased use of agrotoxins and expanded genetic manipulation, all of which has led to the emergence of superweeds, putting the survival of life as we know it on a cliff’s edge.

Climate SMART agriculture, soil sequestration programs, NBS, payments for environmental services (PES) and many other derivations of the theme refer to agriculture and livestock practices that supposedly enhance soil carbon sequestration, reduce emissions and/or enhance biodiversity. These programs can be sold as carbon offsets in a carbon trading system, or as tax breaks in a carbon tax system, allowing polluting industries to pollute more. The petroleum and coal industries claim to reduce emissions by investing in agribusiness.

GE approaches to addressing the climate impacts of agriculture are owned and controlled by a tiny handful of mega-conglomerate corporations that have engaged in an ongoing concentration of control over our food systems – claiming intellectual property rights over seeds, fertilizers, livestock genetics and pharmaceuticals, farming equipment and more. Locally adapted and controlled, diverse and life-sustaining farming practices have been undermined and abandoned in favor of vast industrial production of a few centrally controlled commodity crops. False solutions to the climate impacts of agriculture are designed to perpetuate business as usual for these agriculture mega-conglomerates. Corporations claim that GE crop varieties resistant to herbicides (such as glyphosate) or resistant to pests and diseases reduce emissions because they require less tilling, operation of machinery and cause less soil disturbance. Companies such as Monsanto/Bayer, Dow, BASF and Syngenta among others are developing “climate friendly” crop varieties tolerant to high salinity, drought and temperature extremes. But ultimately, these developments are all designed to perpetuate the industrial agriculture model which is, itself, the root of the problem. 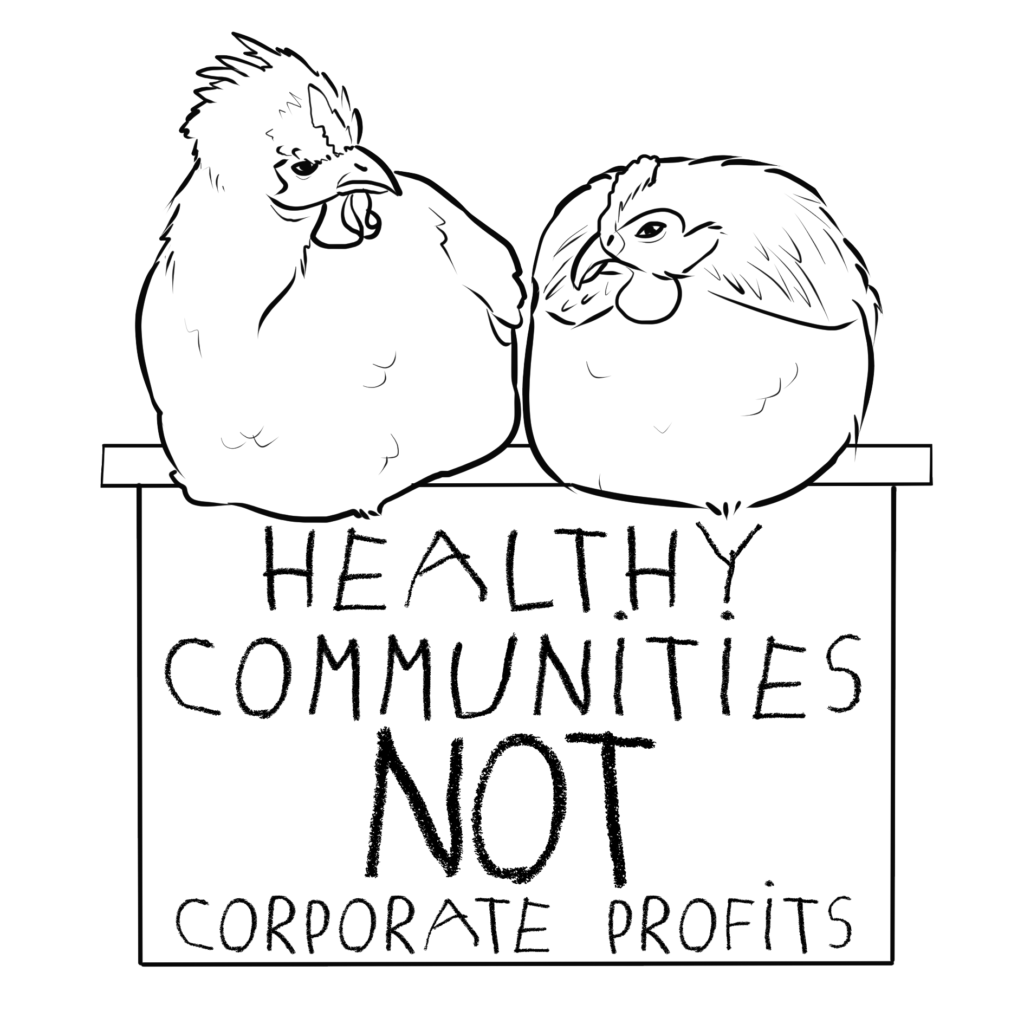 Biochar is burning biomass through a process called pyrolysis and burying the carbon-rich charcoal in soils. But biomass is from burning trees and biochar schemes do not address the impacts of deforestation, harvesting wood nor burning it to produce biochar. Studies of biochar are inconsistent: sometimes it increases soil carbon and other times decreases it. This is because the calculations rarely include the harvesting and burning. In addition, studies can change over time, likely reflecting the variable nature of the biochar itself, the soils and the environment.

Methane from livestock is a major source of greenhouse gas emissions.[6] To address methane emissions, farmers are advised to feed cows differently, to change management practices with manure and to slaughter at an earlier age to name a few. But this does not address the key problem that demand for meat is vast and rapidly increasing, and the price of meat is artificially cheap. In addition, concentrated animal feeding operations (CAFOs), where livestock are raised inside confined structures in overcrowded and inhumane conditions, have been expanding since the 1990s causing problems for the earth and debt for farmers (see Natural Gas). There are efforts to expand existing factory farm methane gas offset programs for CAFOs and other livestock practices in carbon trading schemes. The methane capture is sold as an offset allowing fossil fuel corporations to pollute more, even though the methane is burned as a fuel.

A Note from La Via Campesina

For peasants, Indigenous Peoples, and many communities, agroecology and food sovereignty offer huge potential for reducing emissions and realizing social justice. Agroecology and food sovereignty are social, political and ecological visions that unite multiple groups within a single movement to challenge business-as-usual, build relationships with nature and defend systems of shared control over and access to the requirements of life.

As peasants and peoples who work on the land, our soils, animals, seeds and crops are like members of our family. They are precious to us and cannot be commodified. When we talk about soil health, we are referring not only to the carbon sequestration capacity of the soil but also to the whole interdependent system that gives life: the microorganisms, the fungi, the minerals, the plant organic matter, the water, the sunlight. Healthy soils give life to people and also to the non-people who are also part of our territories. When we talk about animals and livestock, we recognize first of all that they are an integral part of our agroecosystems. Our animals conserve permanent grasslands, and animal and plant biodiversity. They also help build soil health. These contributions are important to combating climate crisis. Our animals and peasant livestock systems are not to blame for the climate crisis. Large-scale, high-input and industrialized factory farming is responsible, and must be overcome. And when we talk about the seeds, we know that, as the first link in the food web, we have a responsibility to care for, save, use, trade and share seeds so they can fulfil their role in the web of life.

Already peasants and Indigenous Peoples have contributed to humanity 2.1 million varieties of 7,000 domesticated plant species. Commercial breeders focus only on 137 crop species, and just 16 of these account for 86% of the world’s global food production. Focusing on biodiversity is necessary to building the resilience we need to face the climate crisis.