Functioning rivers are essential to all life. Generating electricity by altering river systems disrupts ecology, harms communities and is financially unsound. Megadams, large dams, small dams, run of the river and pumped storage hydropower all negatively impact the physical and ecological conditions of river systems.[1], [2] Hydroelectric dams and their reservoirs displace people from their lands and undermine the survival of people who rely on functioning river systems to hunt, fish, trap and gather wild foods. Indigenous and marginalized communities are often the most impacted. Hydroelectric systems have displaced at least 40 to 80 million people and an estimated 472 million people living downstream have been impacted.[3], [4] Hydropower development frequently violates Indigenous sovereignty and often occurs without the consent of people with ancestral rights to the lands and waters. 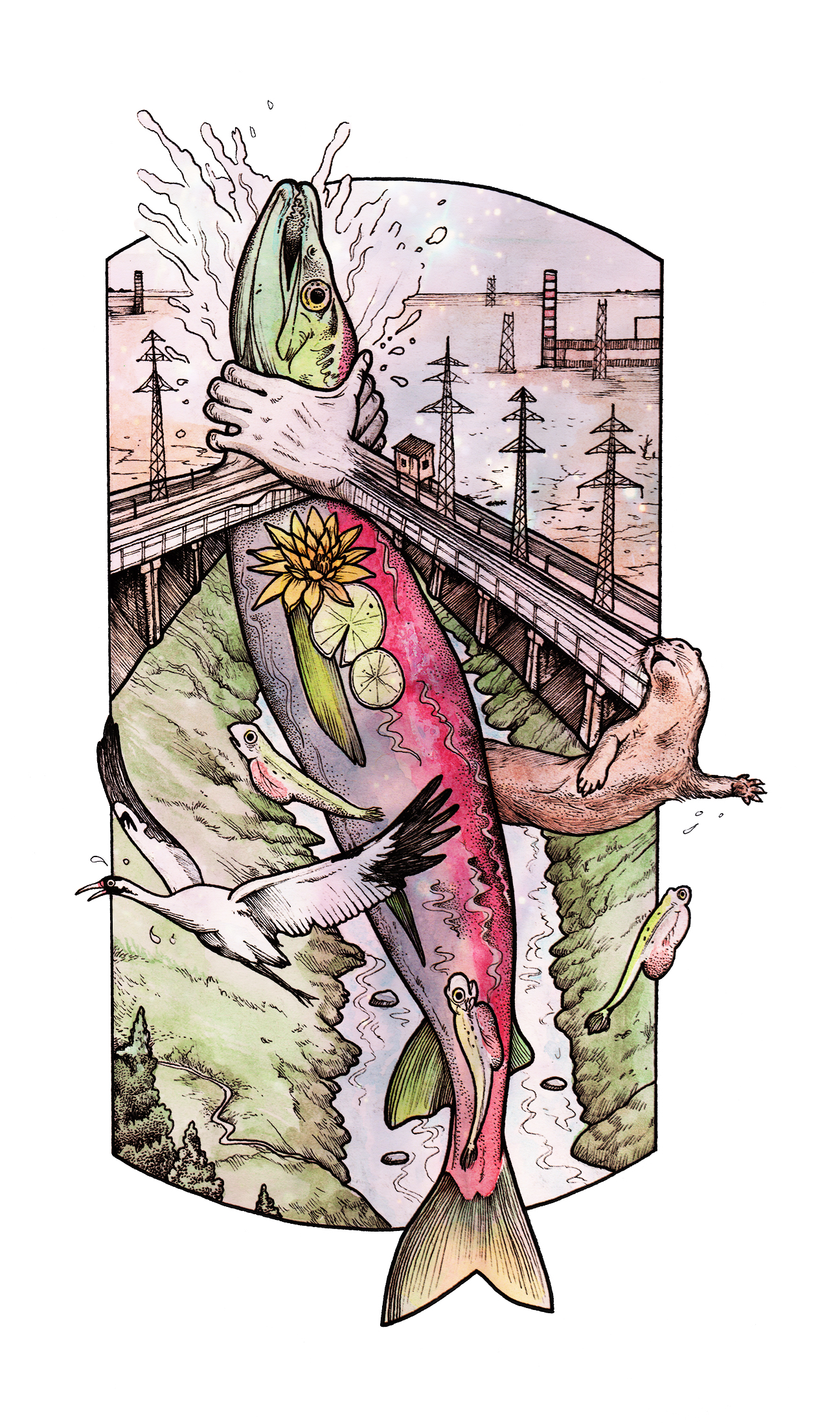 Hydroelectric dams artificially manipulate seasonal river flow causing water pollution and disrupting drinking water supplies. When water is stored in reservoirs behind dams the water temperature rises and when released downstream interferes with ecological functioning and warms the ocean. Dams often block or impair fish migration, impacting their ability to move from spawning to feeding grounds and back again. In less than 50 years, globally there has been an overall average decline of 76% in monitored migratory freshwater fish populations.[5]

Hydropower dams stimulate the production of the bioaccumulative toxin methylmercury by releasing mercury from vegetation and soils into the water where it enters the food chain. People who consume foods from these river systems are exposed to methylmercury. Ninety percent of new and proposed Canadian hydroelectric projects will expose Indigenous communities relying on wild caught foods to methylmercury.[13]

Hydropower makes up two-thirds of the world’s so-called renewable  energy. Hydroelectricity is not renewable simply because the precipitation to run power turbines keeps falling from the sky. Only one-third of the world’s 177 longest rivers remain free flowing and only 21 rivers longer than 1,000 kilometers (621 miles) retain a direct connection to the sea.[14]

At least 3,700 new hydroelectricity facilities (greater than 1 megawatt) are planned or under construction across the world.[15] Electricity production from hydropower is expected to grow by 45 to 70% by 2040.[16] New hydropower is of negligible benefit in transitioning to climate neutrality in the European Union.[17] 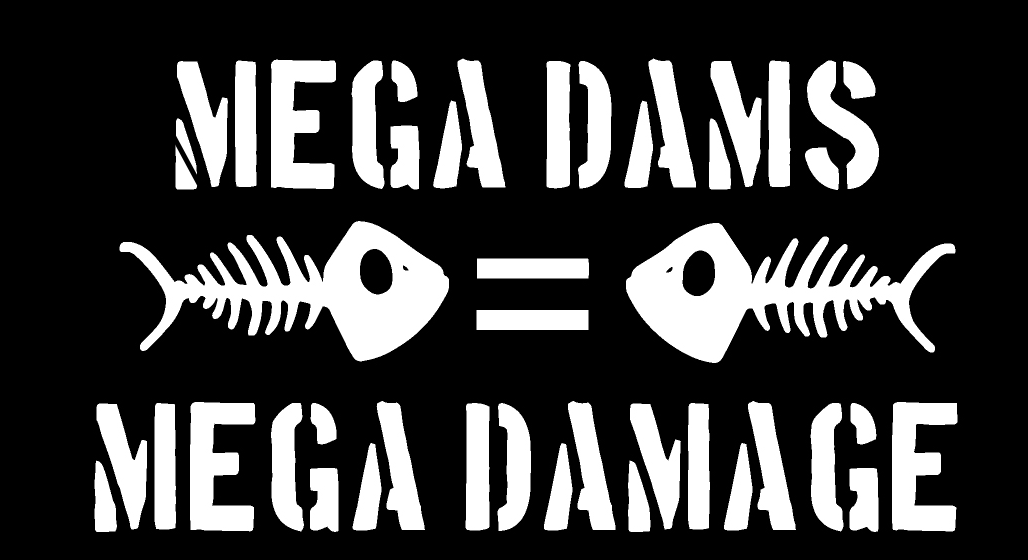 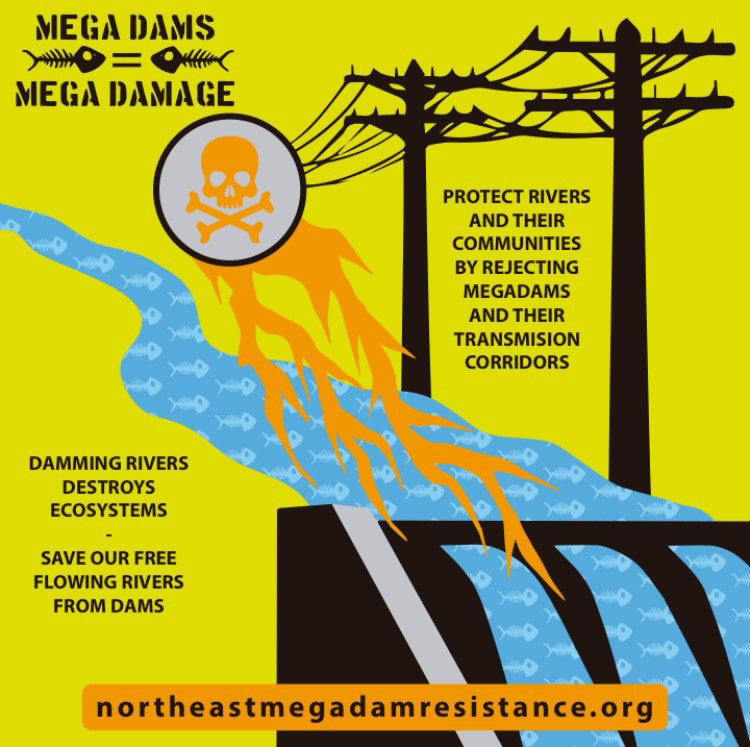 Large hydropower projects fall short of truly expanding energy access for the poor. They are often built to meet the demands of mining and industrial projects, despite developers’ claims that the energy is intended for underserved communities. On average, large dams experience cost overruns of 96% and time overruns of 44%.[18]

Hydropower projects are categorized as renewable energy around the world, and as such, are considered a suitable project used for generating carbon offsets. In fact, hydroelectricity offsets currently make up 26% percent of all projects registered with the United Nations-backed Clean Development Mechanism (CDM). In addition, offset credits are sold in national, subnational and voluntary carbon pricing schemes throughout the world.[19] These credits are often sold on to the fossil fuel industry to boost their claims for carbon neutrality and net-zero emissions, harming both the rivers and people near the hydro projects and those near extraction and combustion sites. Climate finance for large hydropower projects creates the illusion of climate action to the exclusion of real solutions.[20]

Aging dams, that have exceeded or soon will exceed their design life are facing intensifying and unpredictable extreme weather events that threaten both the structural integrity of dams and the rapid uncontrollable releases of impounded water, flooding downstream affected communities.[21]

Rivers and freshwater ecosystems must be protected and our relationship with water respected. We must work towards freeing the rivers and not build more dams in the name of the manmade climate crisis. There is a growing movement to secure legal rights for rivers with successful efforts in New Zealand and communities such as the Innu Council of Ekuanitshit and Minganie County which adopted similar resolutions granting the Muteshekau-shipu nine legal rights, including the right to flow, to maintain its biodiversity and the right to take legal action. In this view, the river is inseparable from the people: “I am the river and the river is me.”[22]