Hydrogen is much-hyped as if it is a clean energy source. However, it is not really an energy source at all. It cannot be mined or obtained without stripping it off of hydrocarbons. In the U.S., 95% of hydrogen is produced from natural gas, a fossil fuel.[1] Schemes to make hydrogen from coal, oil, biomass, landfill gas and even nuclear power threaten to tie hydrogen to other dirty energy sources. Once produced, hydrogen is put into a fuel cell which uses a catalyst to speed up a chemical reaction between hydrogen and oxygen to make electricity and heat while the hydrogen and oxygen become water. 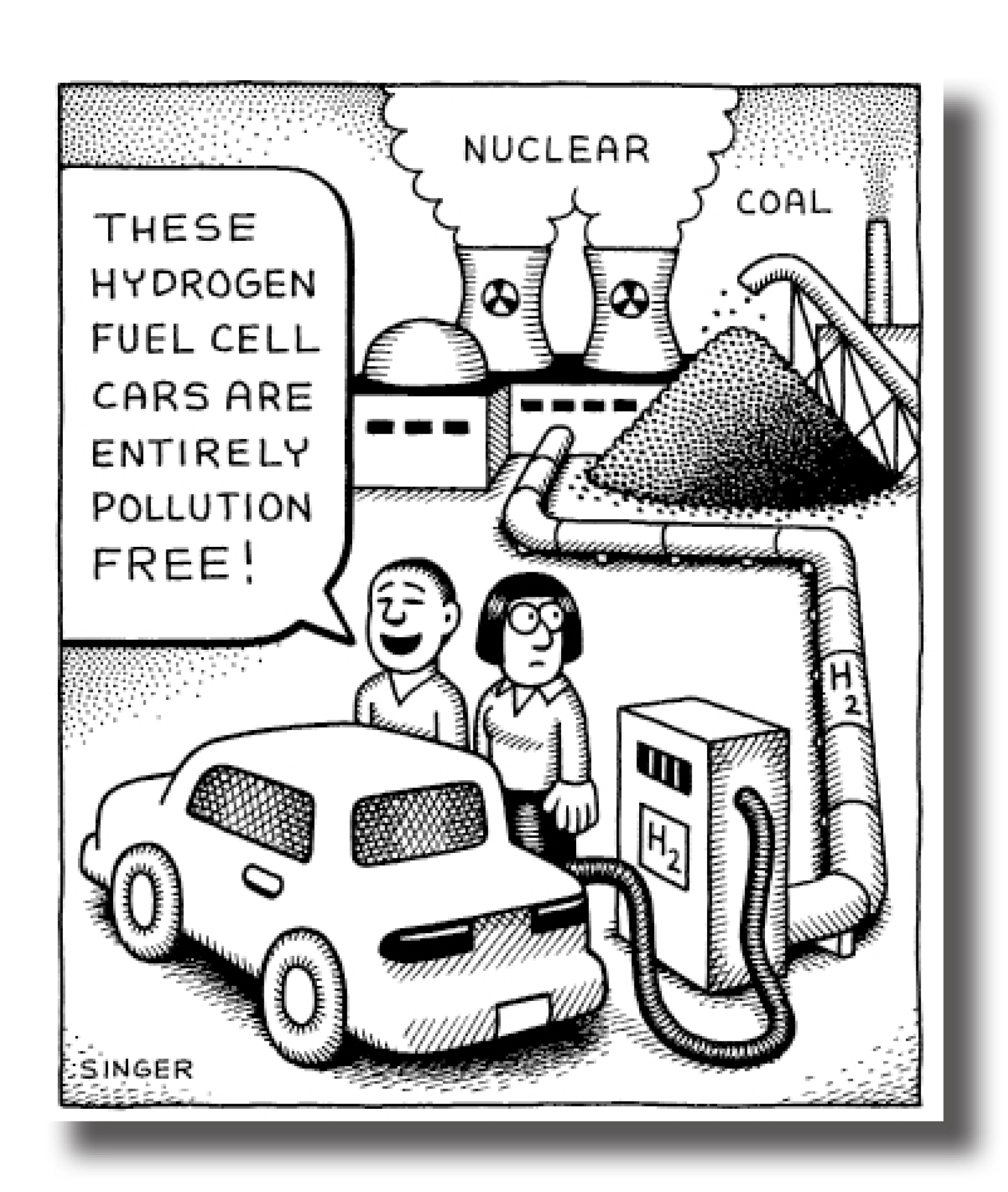 It takes energy to obtain hydrogen. Hydrogen can be produced by the electrolysis of water, which is only as clean as the source of energy used to obtain the electricity. When doing so, hydrogen is essentially being used as a battery, to store electric energy for later use when the hydrogen is converted back to water in a fuel cell. Due to large energy losses in conversion, more energy goes into the process than you get back. The only point of going through the process of electrolyzing water to make hydrogen is if electricity cannot be used directly and storage is needed.

Logistical problems of hydrogen storage make hydrogen impractical in transportation. Hydrogen must be liquefied, compressed or stored in a metal hydride, which takes up too much space, leaks or is too heavy to make sense. With improvements in battery technology, hydrogen vehicles are unlikely to emerge as a serious part of our future transportation systems. Doing so would require extensive hydrogen pipeline and distribution systems unless all hydrogen is produced on-site. Hydrogen embrittles steel pipelines and welds, causing dangerous fire and explosion risks. Hydrogen flames are invisible, making it even more dangerous should consumers routinely be fueling vehicles with hydrogen.[2]

There may be some applications where hydrogen could make sense as a stationary, grid-tied energy storage strategy for when there is extra wind and solar to electrolyze water. However, hydrogen in transportation and hydrogen from hydrocarbons are false solutions.